The Hidden Hazards of Microwave Cooking 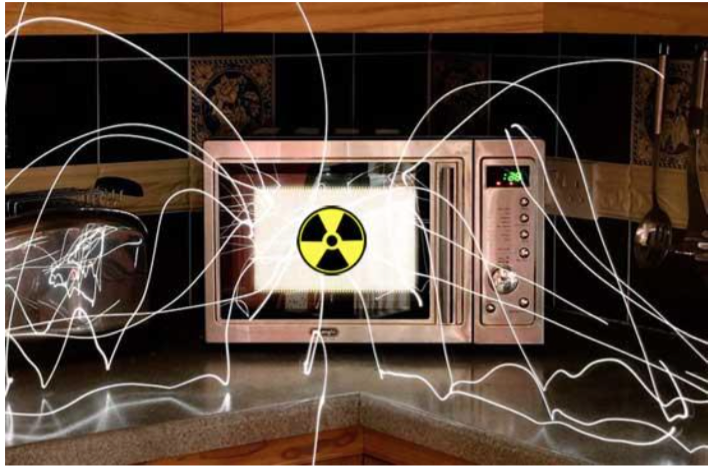 By now, you probably know that what you eat has a profound impact on your health. The mantra, "You are what you eat" is really true. But you need to consider not only what you eat, but how you cook it.

Eating much of your food raw is ideal. But most of us are not going to be able to accomplish a completely raw diet, and we'll end up cooking some percentage of our food. And here we have many choices: conventional ovens, grills, induction ovens, microwaves etc.

Needles to say, microwave oven is convenient and one of the fastest ways to cook our food. So how does it work?

How do microwave ovens work?

Every microwave oven contains a magnetron, a tube in which electrons are affected by magnetic and electric fields in such a way as to produce micro wavelength radiation at about 2450 Mega Hertz (MHz) or 2.45 Giga Hertz (GHz). This microwave radiation interacts with the molecules in food. All wave energy changes polarity from positive to negative with each cycle of the wave. In microwaves, these polarity changes happen millions of times every second. Food molecules - especially the molecules of water - have a positive and negative end in the same way a magnet has a north and a south pole.

In commercial models, the oven has a power input of about 1000 watts of alternating current. As these microwaves generated by the magnetron bombard the food, they cause the polar molecules to rotate at the same frequency millions of times a second. All this agitation creates molecular friction, which heats up the food.

Is it a safe way to cook?

There are not that many studies done on how microwaving affects our food. And even more, results of these studies are quite inconsistent. Some scientists, usually supported by manufacturers or governments, claims that microwaving is quite safe. Others, usually healthy lifestyle enthusiasts, condemn microwaves as the worst kitchen appliance ever created and grave danger to any living beings.

Obviously, more independent studies are needed to prove or disprove such an extreme claim, but it's already clear that microwaving is not the best way to cook our food.

Microwaving destroys the Nutrients in Food 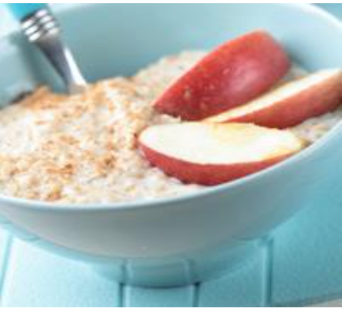 Just as eating certain foods — such as those high in saturated fats — can increase harmful cholesterol levels, eating fibre-rich foods can actually help lower it. Scientists are still trying to determine the exact mechanism by which fibre lowers cholesterol, says Linda V. Van Horn PhD, a registered dietician and professor of preventive medicine at Northwestern University’s Feinberg School of Medicine in Chicago.

Dietary fibre, also known as roughage or bulk, includes all parts of plant foods that your body can't digest or absorb. Unlike other food components such as fats, proteins or carbohydrates — which your body breaks down and absorbs — fibre isn't digested by your body. Instead, it passes relatively intact through your stomach, small intestine, colon and out of your body.

Fibre is commonly classified as soluble when it dissolves in water or insoluble if it doesn't. Most plant- based foods, such as oatmeal and beans, contain both soluble and insoluble fibre. However, the amount of each type varies in different plant foods. To receive the greatest health benefit, eat a wide variety of high-fibre foods.

What’s clear is that the cholesterol-controlling benefits are due to soluble fibre. This is found in the flesh of fruit such as pears and apples, vegetables like peas, and whole grains such as oats and barley. The insoluble fibre is indigestible but a necessary part of healthy diet - not for cholesterol-control reasons - it’s the kind that helps with digestion and regularity.

“High-fibre foods that contain soluble fibre appear to affect short-chain fatty acids in the bloodstream,” says Van Horn, “Soluble fibre has the same sort of potential benefit that something like a cholesterol-lowering drug (statin) would have; it blocks the uptake of saturated fat or other harmful types of fat.” Soluble fibre may also help reduce insulin resistance, which seems to play a role in unhealthy cholesterol levels. “Fibre appears to have beneficial effects on both lipid and glucose metabolism,” says Van Horn. This can improve your overall lipid or “fat” profile, resulting in healthier cholesterol levels as well as lower triglyceride levels, another type of fat in the blood.

There is a practical reason why foods with soluble fibre may help with managing cholesterol viz, these foods tend to be lower in fat and more filling than foods without fibre. That means you’re more likely to stick to your diet and achieve a healthy weight with a diet rich in high-fibre foods.

Fibre to Lower Cholesterol: The Research

Research shows that simple daily changes for a diet to lower cholesterol can yield results within a matter of months. According to a controlled study of more than 300 adults published in the Nutrition Journal, people who ate 3 to 4 grams of cereal containing oat fibre daily for four weeks lowered their low- density lipoprotein (LDL) or “bad” cholesterol by about 5%. Also, this was the first study to show that including fibre in a diet for high cholesterol is helpful to people of different ethnicities.

More good news: Oats aren’t the only source of helpful fibre. A study of 160 postmenopausal women compared prune and dried apple consumption to find out how fruit fibre affects heart disease risk factors, such as cholesterol. Publishing in the Journal of the Academy of Nutrition and Dietetics, the research team reported that women who ate the equivalent of two dried apples daily saw an improvement in their cholesterol levels by as much as 16 percent within three months (although prunes were also helpful for lowering total cholesterol).

How Much Fibre Do You Need each day?

The Institute of Medicine, which provides science-based advice on matters of medicine and health, gives the following daily recommendations for adults: Men should have a daily goal of 30 to 38 grams of fibre, and women should have a daily goal of 21-25 grams. It’s noted that most people don’t even get 25 percent of the goal. Try adding these high-fibre foods to your diet: Oat bran, rice bran, celery, carrots, beans, peas, pears, oranges, barley, steel-cut oats, almonds.

Need some ideas for getting that fibre into your diet each day? Try these menu additions:

Benefits of a High-Fibre Diet

A high-fibre diet has many benefits, which include:

You may share this newsletter with your patients. Their questions should be directed to you for answers or for research and response. Thank you for your cooperation.