A 52-year-old female school teacher had been suffering from pain in the small joints of her hands and feet. Her ability to hold a piece of chalk to write on the blackboard was gradually decreasing. Her rheumatologist diagnosed her condition as rheumatoid arthritis and osteoporosis and she started taking prescribed medicines and supplements in Dec 2015....(continued)

A 62-year-old man had a history of kidney stones ever since he was hospitalized for ten months due to a compound fracture in his right ankle caused by a car accident in April 2007. He would get excruciating pain in both flanks once every 18 to 24 months and each episode would last for 4 days. Depending upon whether the stone was present in the kidney, ureter,...(continued)

A 51-year-old man had been suffering from acidity causing burning, belching, and acid reflux for five years. He had a sedentary lifestyle and a very stressful job as head of a retail sales chain, and for over 30 years he had been smoking 10 cigarettes a day. Over the past five years, he had tried many over-the-counter as well as prescription medications but...(continued)

A 42-year-old man had been suffering from pain at the back of the skull and ears up to the neck for 10 years; it gradually became worse and was now severe. He believed this was caused by wrong posture during prolonged usage of his laptop, eight hours a day. He tried homoeopathy for some months but without much relief. He did not take any allopathic medicine....(continued)

A 41-year-old female teacher had been suffering from pain in her right arm, more in the elbow, for eight months since the start of online classes during the pandemic. It gradually became worse, causing her to become exhausted by the end of the day. A niggling pain at a rating of seven on a scale of 1:10 was present at all times. While typing on the...(continued)

For over two years, an 11-year-old girl had dry eczema above the folds of her left elbow with rough and discoloured skin along with severe itching. Allopathic medicines, both oral and cream for external application, helped to subside the symptoms temporarily as the problem recurred every three to four months. In general her skin was so sensitive that even a...(continued) 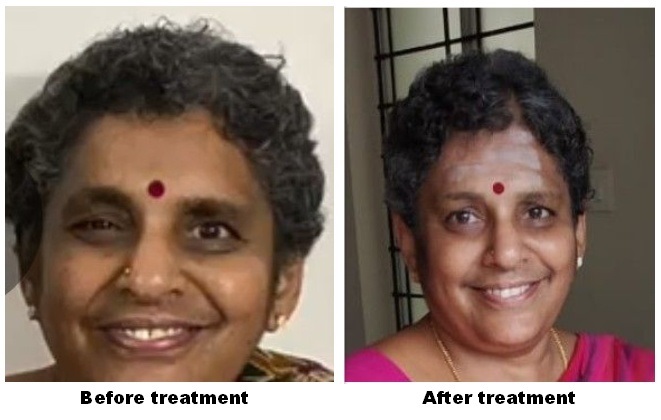 In Aug 2018, a 52-year-old woman had a motorcycle accident. Her right elbow banged against the gravel on the ground. As the arm pain increased over the next two days, she had an x-ray done, this showed no fracture but the doctor diagnosed a tear in the muscle near the elbow. She took the prescribed medicine and used the ointment for one month. This gave her...(continued)

Many inhabitants of a small village had been suffering from severe itching and rash all over the body for almost a month. They found that the water in all the 41 tanks (40 individual house tanks + one common tank) in their village was discoloured and had mite infestation. One of the chief villagers contacted the practitioner who gave the following remedy on ...(continued)

The practitioner’s elderly sister-in-law, a great plant lover had planted a Brahma kamalam* (Saussurea obvallata) five years ago. Apparently, it was growing but not even a single flower had bloomed! She had experienced

the benefits of vibrionics for her constipation and again during the Covid-19 pandemic. As soon as she learnt that vibrionics can...(continued)

A 34-year-old housewife had been suffering from painful and frequent menses since her first delivery in June 2012. Her monthly cycle reduced to 15-18 days and bleeding would last 4 to 5 days. After the birth of her second child in Nov 2017, she also started getting severe back and leg pain which would start 4 to 5 days before menstruation and continue...(continued)