The caretaker of an animal shelter requested help for a rescued middle-aged male cat. There was a discharge coming out of his left eye and a lesion present in his right eye (see pic). The caretaker said the cat looked very depressed and was sitting quietly curled up in one corner of his crate throughout the day and night. They took him to see a veterinarian as soon as they felt that he was not feeling well. The vet diagnosed the condition as the onset of feline herpes of the eyes. Eye drops were prescribed but they did not bring any relief even after two months. The shelter didn’t have money in their financial budget for further vet visits and chose to try vibrionics.

The practitioner gave the following combo on 15 July 2018:
CC1.1 Animal tonic + CC7.3 Eye infections + CC10.1 Emergencies + CC15.1 Mental & Emotional tonic + CC21.8 Herpes…3 pills mixed in his drinking water bowl every day. New drinking water was to be made daily and the cat’s progress was to be monitored closely.

On 24 July, in a short span of 9 days, the caretaker called to inform the practitioner that the cat was doing splendidly. He showed 100% improvement with no remaining symptoms and his disposition had become very good. The caretaker also attached a picture of the cat sitting in his cage looking alert. The practitioner advised the caretaker to continue the remedy for another seven days as a precautionary measure. 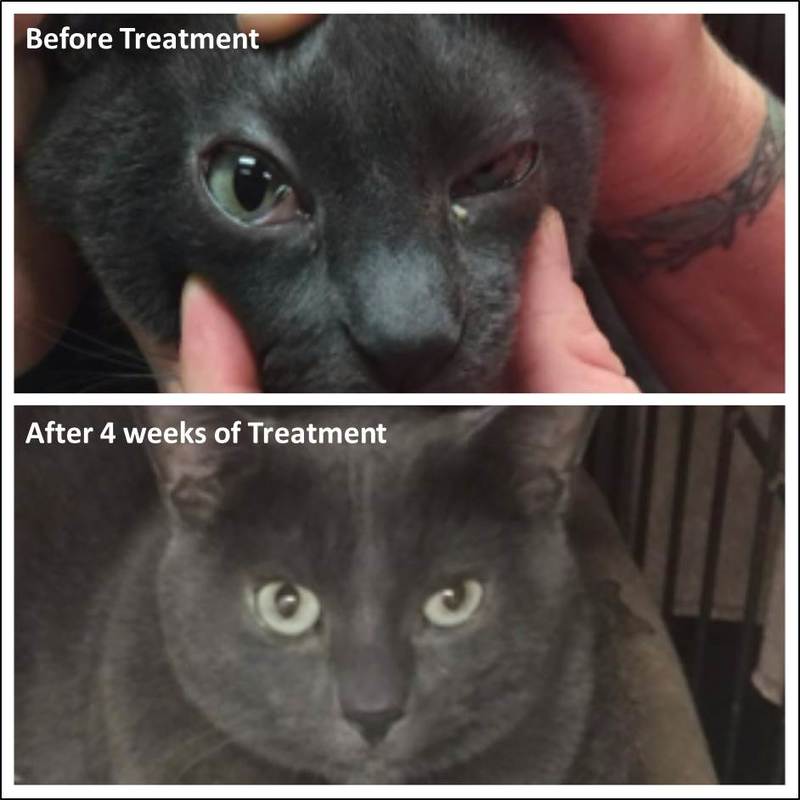