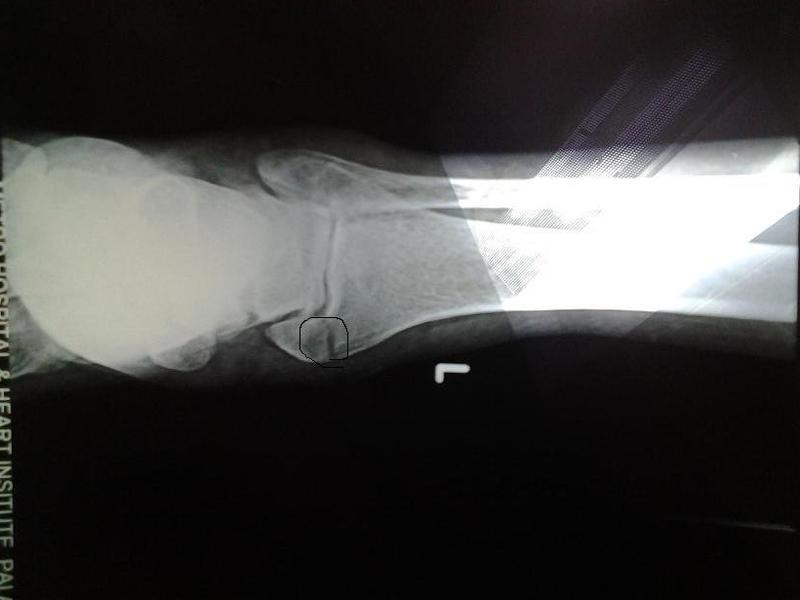 A 73-year-old man fell from his bicycle, suffered a painful fracture of right ankle and was admitted to hospital for treatment on 6 December 2013. His X-rays showed that he needed surgery (see image, left), but the surgery could not be performed because blood tests revealed that he had Hepatitis C and was suffering from kidney failure (Blood Urea: 139.9, Creatinine: 7.2), for which dialysis at another hospital was recommended. The orthopaedic specialist was reluctant to plaster the fracture, explaining that that in 95% of such cases, the fracture would not heal by itself; surgery was the only way. Nevertheless, the family prevailed upon the doctor to plaster the fracture before discharging the patient the next day and also, to allow the patient to wait for 1½ months before deciding on surgery. 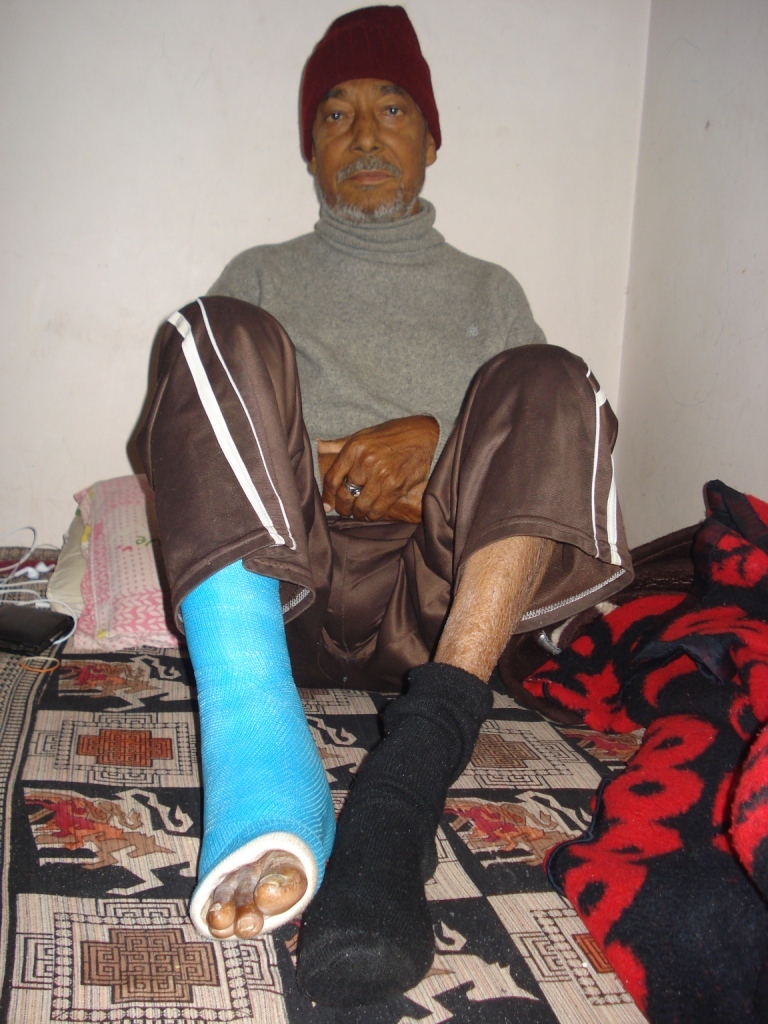 At the same time, the practitioner consulted Senior Practitioner 11133…India  and asked him to provide additional combos made with his SRHVP machine. Accordingly, on the third day, the patient’s treatment was changed to the following:
#2. CC10.1 Emergencies…OD, for 2 weeks

After 1½ months of vibro, on 20 January 2014, the patient returned to the hospital to have another X-ray. It showed that that fracture was properly healed through the Grace of Baba (see image below) and the plaster was removed. 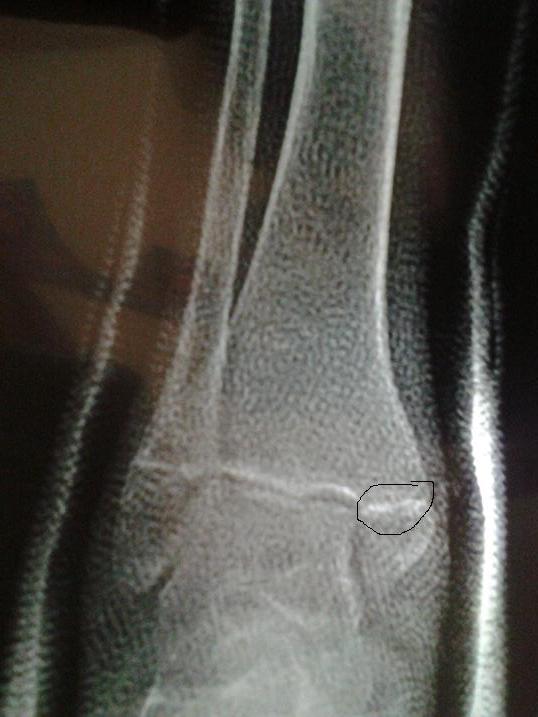