Soon after qualifying as an AVP,  the practitioner wanted to experience the effect of vibrionics on plants. She purchased a tray of impatiens seedlings (see pic) on 26 September 2019 and the next day, she planted them in two separate pots, next to the already growing miniature pine trees, as impatiens loves shade.

She started watering pot 1 with:
CC1.2 Plant tonic…BD during the first week, followed by 2TW for the next two weeks.

Pot 2 was used as a control plant and given only tap water at the same time as pot 1.

On 8 October 2019, the practitioner was delighted to see plants in pot 1 with big bright green leaves and blooming with large healthy and happy looking flowers which lasted for 8 days. In comparison, plants in pot 2 bloomed 4 days later on 12 October 2019 with fewer and smaller flowers that lasted for only 6 days (see pic). This confirmed to the practitioner that vibrionics not only treats illnesses of humans and animals but also helps in the growth of plants. 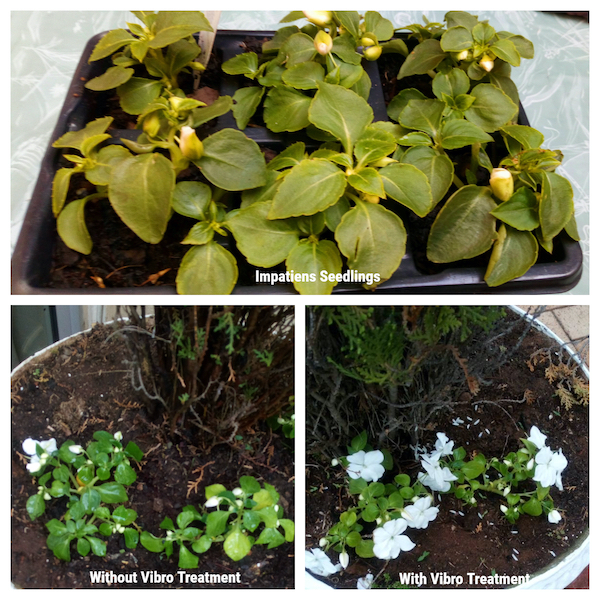