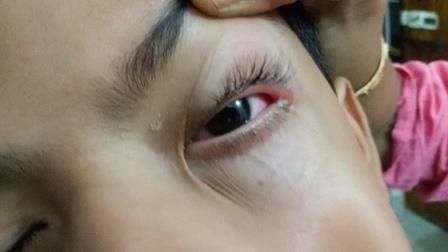 There was no history of any injury or insect bite. His parents mentioned that their paediatrician had prescribed antibiotics...(continued)
पूर्ण केस वाचा

On 28 November 2016, a 40-year-old woman consulted this practitioner immediately after the symptoms surfaced in her right eye: sudden itching, swelling, watering and redness due to a stye. The problem started over 10 years ago and it has been recurring on average every 6 months. Every time, her physician would prescribe antibiotics and the symptoms would...(continued)

A 15-year-old girl was having a 4-5 mm cyst on her left upper eyelid for the past 4 months. She had been on allopathic medication including eye drops with no success.

A 38-year-old woman experienced blurred vision several times a day with occasional dizziness for the past 3 months. Stress at work would make her dizziness worse. Her physician advised her to consult a neurologist which she chose not to; instead, she consulted the practitioner on 5 December 2018.

The following remedy was given:
NM44 Trigeminal Neuralgia +...(continued)