A miniature rose plant in the garden of the practitioner had wilted due to stress during the severe winter of 2016 -17, though it was kept well protected. The plant did not recover even after the onset of summer. On 3 July 2017, there was scant foliage on the plant, that too pale and yellowish, when the following vibrionics remedy was started. (see pictures)
#1. CC1.2 Plant tonic + CC15.1 Mental & Emotional tonic...3TW

The remedy water was poured into the soil and also sprayed over the plant on alternate days. Gradually, the foliage increased over a period of 2 months and the plant bloomed with a beautiful rose on 23 September 2017 (see pictures). The practitioner noticed that compared to the earlier years, the size of the leaves had nearly doubled and they looked healthier. The remedy was discontinued in autumn around mid-October and the plant was trimmed down completely before covering it up for winter. After the winter of 2017-18, again #1 helped in sustaining and growing the rose plant during summer and it had similarly bloomed with a pretty rose. 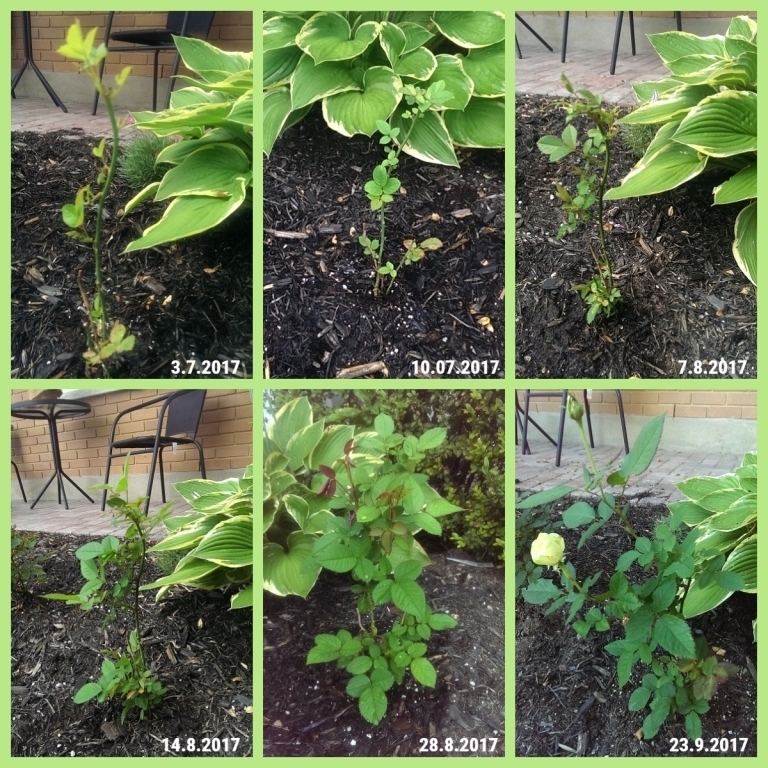